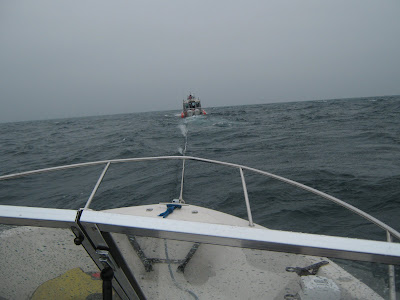 Posted by Captain Mike at 5:46 AM No comments: 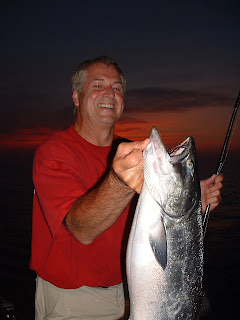 What does a fishing captain do when he goes on vacation? He goes fishing!

It’s not as unusual as it might seem on the surface. People often choose their work because it’s a good way to earn a living. Why else would there be garbage collectors, proctologists, crab fishermen in the Bering Sea or any of the other "dirty jobs" Mike Rowe features in his TV show.

Next week, myself and a pair of fishing friends will be making our annual pilgrimage to Ludington, Michigan for a week of sleep deprivation and fishing for king salmon. Why? Because year after year, Ludington is one of, if not the top port, in all of Michigan for salmon fishing. It’s where the fish are. Wild fish, stocked fish–hopefully some big fish and lots of them. 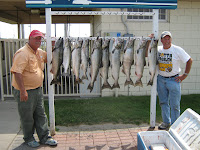 good, sometimes we watch the wind blow. For me it’s no pressure. If we catch fish, great. If we don’t catch fish, at least I don’t have unhappy customers. We start early, stay late and get up early the next day to do it again. Wish us luck!

A limit catch from last year!

Posted by Captain Mike at 5:41 AM No comments: 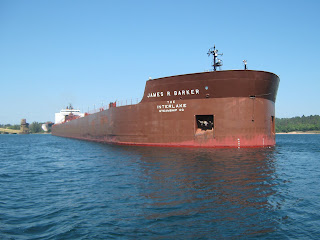 Posted by Captain Mike at 8:39 AM No comments: 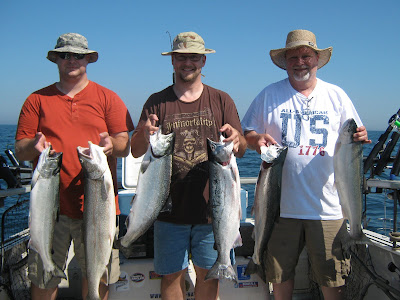 Posted by Captain Mike at 4:50 AM No comments: