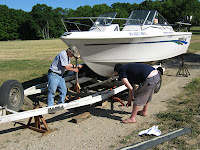 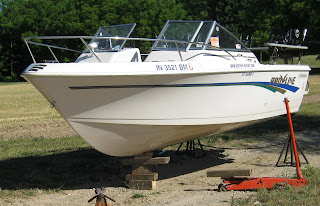 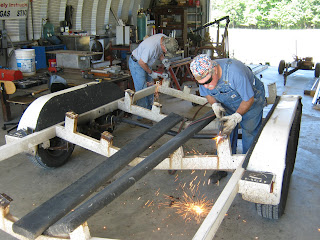 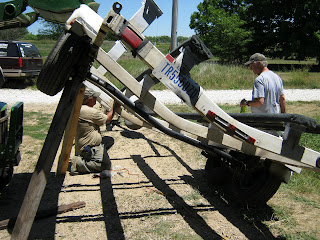 Repositioning the trailer under the boat went very smoothly and soon the rig was again road-ready!  A few Heinekens to reward ourselves for a job well done finished the job in style.
Posted by Captain Mike at 4:38 AM 1 comment: 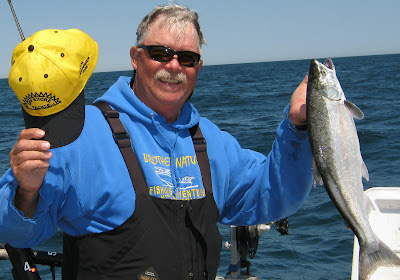 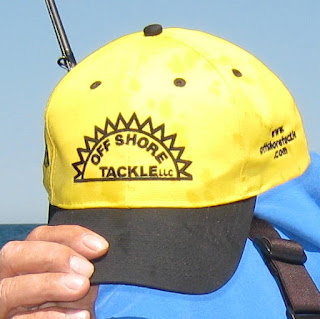 Posted by Captain Mike at 6:54 AM No comments: