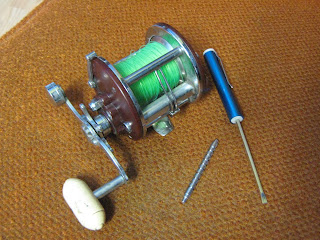 When you come fishing with me this year, count on having a couple or maybe even several of the 9Ms on the rods we will be using. They may not be flashy–but I guarantee they’ll do the job.
Posted by Captain Mike at 9:05 AM