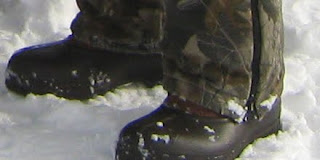 I wish I still had the slip-on model–but when I’m worried about extreme cold and keeping my feet warm, I’m glad I still have a pair of boots which will do the job!
Posted by Captain Mike at 9:54 AM