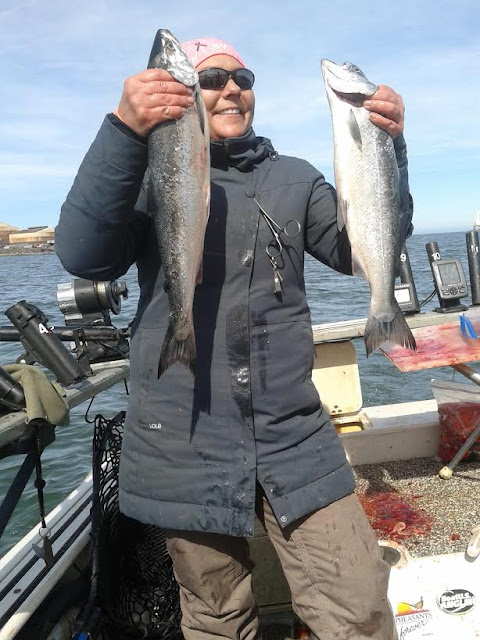 It’s the “spring break” time of year but you don’t have to head for a Florida beach to get in on some hot action.  Give me a call.
Posted by Captain Mike at 7:10 AM